They call me Mr Tibbs! 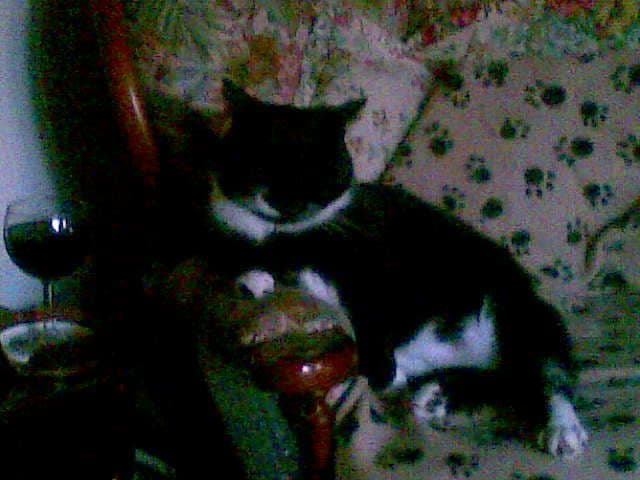 Hi, I'm Mr Tibbs and this is my story:

As well as having my very own brand of pet foods, I am also Adams Publishing’s special food and sleep correspondent. Adams Publishing produce local magazines in our home town of Colchester which helps keep a roof over all our heads at WLF Rescue & Sanctuary.

When I heard that my domestic staff  were looking for authors to write interesting articles for their magazines, I immediately volunteered because I've got so much to share with all the cool cats in the Colchester area.  This was my very first column;

At the moment everyone thinks I'm asleep on the landing outside the office but actually it's a draught excluder cunningly positioned to look like me. The difference is not immediately obvious as I quite often don't move much!  What I'm really doing is sitting at the computer, writing this article.

Anyway, let's swiftly move on to the interesting stuff which is of course, all about me! I was born and bred locally, although I don't remember much of my first year or so. I'm afraid it was the usual story, broken home and then I ended up living rough on the streets and sleeping in a graveyard. I was pretty lucky because some really nice people fed me and I think gave me their own food. But I was a bit too adventurous crossing the road one day and ended up with severe injuries to my hips and tail.

That was when those nice people I mentioned called a cat sanctuary and they sent two ladies out to trap me. It took them ages because I was very wary despite being in a lot of pain. After that, I had lots of operations which I eventually pulled through, although I lost my beautiful tail and I was very sad about that. The two ladies who caught me took me to their home to convalesce for a while and then I moved back to the sanctuary and lived with lots of other cats. - I was then known as Tibby but now my furiends call me Tibbsy, which is so much more refined don't you think!

I was there for three whole years! Nobody wanted me because I was shy and retiring (I'm not now but more of that another time) and of course, I had no tail. Then, one day, Jakki & Steve from Adams Publishing came along to the sanctuary. They'd already seen me on the "Cat Chat" website and thought I deserved a chance and so they took me home with them at the same time as another cat, so they rehomed two of us at once. This was before they opened their own rescue & sanctuary and, of course, when later they started that I was absolutely invaluable with all my experience and quickly became top cat and completely in charge of everything.

So, I arrived with my new friend Momo. I was very nervous about this but he wasn't. He'd only been in the sanctuary for a couple of weeks and he came straight out of the carrier and went upstairs to sleep on the bed, whereas I ran straight under it and stayed there for a month, only popping out at night when all was perfectly still, to grab some food or use the litter tray!

After that, however, I gradually started to get bolder and emerged for longer and longer periods and got a bit tamer. It was also about then that I started to assert myself with the other cats that live there. I particularly like to pick on Wesley, a ginger and white and an old man, compared to me. For some reason, he allows himself to be pushed around at home, although when he's outside it's a different matter, he rules the street and no one stands against him.

I remember the lady at the sanctuary telling my domestics that I had my own little ways to assert myself and they'd soon find out! I think she must have been referring to my habit of boxing other cats' ears (I have been known to punch humans in the head too, on occasions, leaving heavy bruising and leading to my being nicknamed "Thuglet," though I am trying to live this down by being less violent and more affectionate!)

Anyway, eventually, I started to settle but what I really needed was a best friend. I was quite friendly with the other cats but I wanted someone to play with me properly and Momo is far too dignified - he is the Jeeves of the cat world - you can just imagine him saying "Indeed Sir?" as he looks down his nose at the rest of us.

I think I'll leave the rest of this for next time, as I’m feeling a little peckish but in the meantime, I hope you like picture of me relaxing in my armchair with a nice glass of niptini after a hard day’s feature-writing.  Though I do say so myself, I think I’m a pretty cool cat these days and that must be why they call me ….